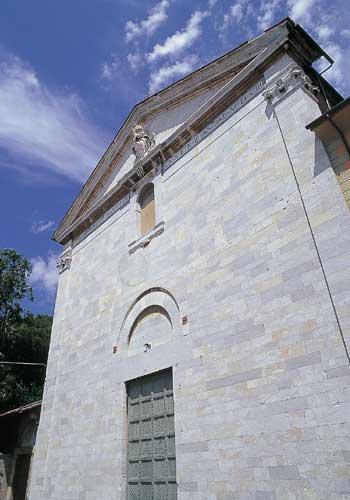 The church has recently been the object of attention for the opening of the tomb attributed to Count Ugolino, whose remains were found. Admission free. In May 2002 he was restored fresco cycle "The Stories of Mary", by the Sienese painter Taddeo di Bartolo, who still occupy the homonymous chapel in recent times become the seat of the sacristy.

According to an ancient story, the church would be built as a result of the preaching of St. Francis took place around the year 1211 in Pisa, Pisa in fact, two followers of the Holy Lamb and Alberto, the first Franciscan building to building. The general outlines of this architecture building style of the Franciscans followed: simple lines, poor material, but large (18 meters by 70). Worthy of note is the tower roof, but do not rest on the ground on both sides of the aisle and held up by large rocks placed on the shelf. Parts of the building became a civic museum in 1899 and are now home to school, while the cloister was used by the parishioners. The church contains paintings of the seventeenth century and parts of the original windows.